Each year, public IT leaders are recognized for their exceptional service during the California Public Sector CIO Academy. The Academy is a two-day event that provides an opportunity for government and industry executives to collaborate and address the most important policy, management and leadership issues surrounding the future of digital government and the evolving role of the public-sector CIO. The conclusion of the event is its Academy Awards ceremony that call out individual public IT staff members and recognizes chief information officers (CIO), as well.

Four staff members from the California Department of Technology were honored at this year’s Academy Awards.

We congratulate all of the awardees from various departments throughout the state. All demonstrated exceptional leadership and added to improving responsiveness and effectiveness of government services to the residents of California.

Click here for a full listing of all the awardees. 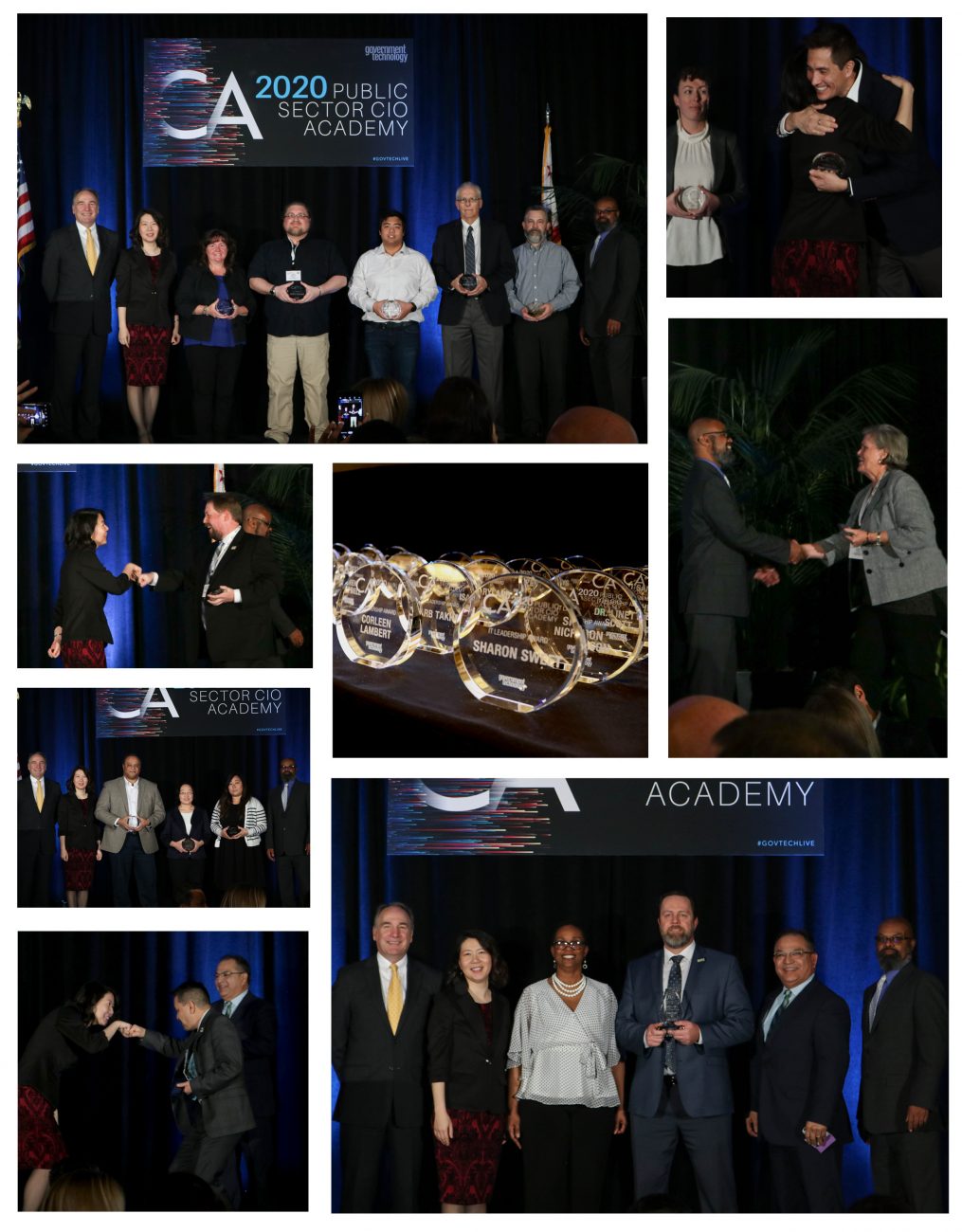